(1982, DCP, 103m) dir Martin Rosen w/John Hurt, Christopher Benjamin, James Bolam. After being inhumanely experimented on, two dogs, Snitter (Hurt) and Rowf (Benjamin), escape from a testing facility. Tragedy befalls them at every step, as a rumor spreads that they may be carrying the bubonic plague. 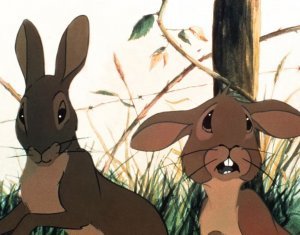 These allegorical tales of the animal world deal with the bleakness of political instability and modern reality. Director Rosen worked in animation, a medium often aimed at children. But maybe…