ROUTE 181: FRAGMENTS OF A JOURNEY IN PALESTINE-ISRAEL, THE CENTER

(2003, DCP, 103m, Palestine/Israel, Arabic and Hebrew with English subtitles) dir Michel Khleifi and Eyal Sivan. Documentary feature (in three parts) In the summer of 2002, for two long months, Eyal Sivan and Michel Khleifi traveled together from the south to the north of their country of birth; they traced their trajectory on a map and called it Route 181. This virtual line follows the borders outlined in Resolution 181, which was adopted by the United Nations on November 29, 1947 to partition Palestine into two states. The film is a three-part documentary, and this month’s screening is the second part.

The Center: From Lod City to the Jerusalem area. The second part of ROUTE 181 begins in the Center for New Immigrants in Lod, as Russian musicians play melodies from Eastern Europe to greet new immigrants who have just arrived from Ethiopia. The scene is a bit chaotic, a bit mundane, and a bit perplexing. But the filmmakers move on quickly from this bizarre arrival to the walls of a local council and the lives of people living in various places around the center of Palestine-Israel. This part of the film discusses building settlements and the destruction of former towns and homes, and the filmmakers encounter tourists, artists, scholars, and soldiers. Capturing the experiences of everyday people, this second installment of Sivan and Khleifi’s journey along the proposed border line of UN charter Resolution 181 exposes the dangers and hope we might find in the historical narratives we tell. Each film will also be available to view online at mizna.eventive.org/welcome. 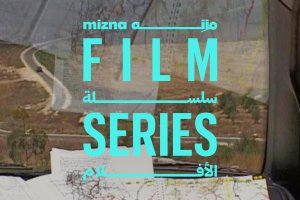