MILITANCY + SOLIDARITY: WE ARE THE PALESTINIAN PEOPLE & RED ARMY/PFLP: DECLARATION OF WORLD WAR

REVOLUTION UNTIL VICTORY aka WE ARE THE PALESTINIAN PEOPLE

(1973, DCP, 51m) Filmed in Palestine by San Francisco Newsreel, this piece offers a history of the Palestinian Liberation Movement. Depicting early rebellions against Ottoman rule in 1915, general strikes during the British Mandate in the 1930s and 40s, and refugee struggles to regain their homeland in the 1970s, this film traces the long history of Arab resistance.

(1971, DCP, 71m) dir Masao Adachi, Kôji Wakamatsu. In 1971, Kôji Wakamatsu and Masao Adachi stopped in Palestine on their way home from the Cannes festival. The resulting film is the collaboration of these Japanese Red Army filmmakers and the PFLP (The Popular Front for the Liberation of Palestine). The documentary was shot on the frontlines of the Palestinian liberation struggle, but rather than depict the spectacles of war, the film displays the everyday life of guerrilla fighters training in refugee camps, overlaid with radical political propaganda and narration. The film builds on Adachi’s political approach to filmmaking, a refashioning of reportage that reaches beyond auteurist film practices in order to reimagine the producer/viewer relationship outside of commercial distribution. 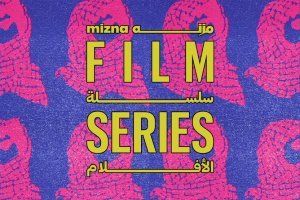