BARMEH (ROUNDS) (2001, DCP, 8m, Lebanon, Arabic w/ English) dir Joana Hadjithomas and Khalil Joreige. Rounds is a video featuring Rabih Mroué, filmed driving through the streets of the city. Beirut is evoked through the driver’s stories and through sound, but the city is never seen; it is rendered invisible in an overexposed whiteness. However, the presence of Beirut is confirmed through ongoing discourse. Like his driving, Mroué’s stories spin in a circle. He is like a ghost, haunting the streets of a city where a reconstruction project is in progress in a strange post-war period.

JE VEUX VOIR (I WANT TO SEE) (2008, 35mm, 75m, Lebanon/ France, Arabic and French, w/ English subtitles) dir Joana Hadjithomas and Khalil Joreige. July 2006. A war breaks out in Lebanon. A new war, but not just another war. This war crushes the hope for peace and the momentum of a generation. Young Beiruti artists no longer know what to write, what stories to recount, what images to show. They ask, what can cinema do? Hadjithomas and Joreige decide to address this question and translate cinema’s possibilities into reality, and they travel to Beirut with an icon, an actress who symbolizes cinema and its potential: Catherine Deneuve. In the film, she meets with Rabih Mroué, an actor who always makes an appearance in Hadjithomas and Joreige’s work, and together, these two actors drive through the regions of Lebanon devastated by the conflict, areas that remain inaccessible to most citizens. Through the presence and meeting of these two stars, the filmmakers hope to find the beauty in Lebanon which the eye can no longer perceive. I Want to See is the beginning of an unpredictable and unexpected adventure. Rare 35mm print. 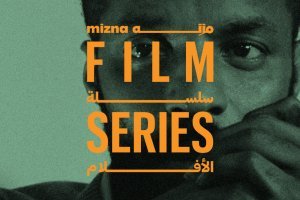