ISMYRNA (2016, DCP, 50m, Lebanon, French w/ English subtitles) dir Joana Hadjithomas and Khalil Joreige. Joana Hadjithomas met the artist and poet Etel Adnan at the end of the 1990s. They quickly grew close, bound by links to a city they had never been to: Smyrna formerly, known today as Izmir. Hadjithomas’s paternal Greek family were forced into exile from Smyrna by the Turkish armies after the end of the Ottoman Empire. Adnan’s Greek mother was born in Smyrna, married to a Syrian officer of the Ottoman Army and exiled to Lebanon after the fall of the empire. Adnan and Hadjithomas lived in an imaginary Smyrna without ever setting foot there. They find themselves engaged in questions around the transmission of history, and interrogate their attachment to objects, places, and constructions of imaginaries without images. Their personal experiences and stories serve as a background to the region’s changes after the fall of the Ottoman Empire.

THE LOST FILM (2003, DCP, 42m, Lebanon/ Yemen, Arabic w/ English subtitles) dir Joana Hadjithomas and Khalil Joreige. One of Etel Adnan’s favorite films, The Lost Film follows filmmakers Hadjithomas and Joreige as they search for a copy of their first feature film, which disappeared in Yemen on the day of the tenth anniversary of the reunification of North and South. A year later, they travel to Yemen to track down the missing film. This inquiry takes them from Sana’a to Aden, a personal quest that centers on the image and on their status as filmmakers in this part of the world. 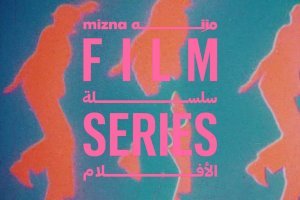